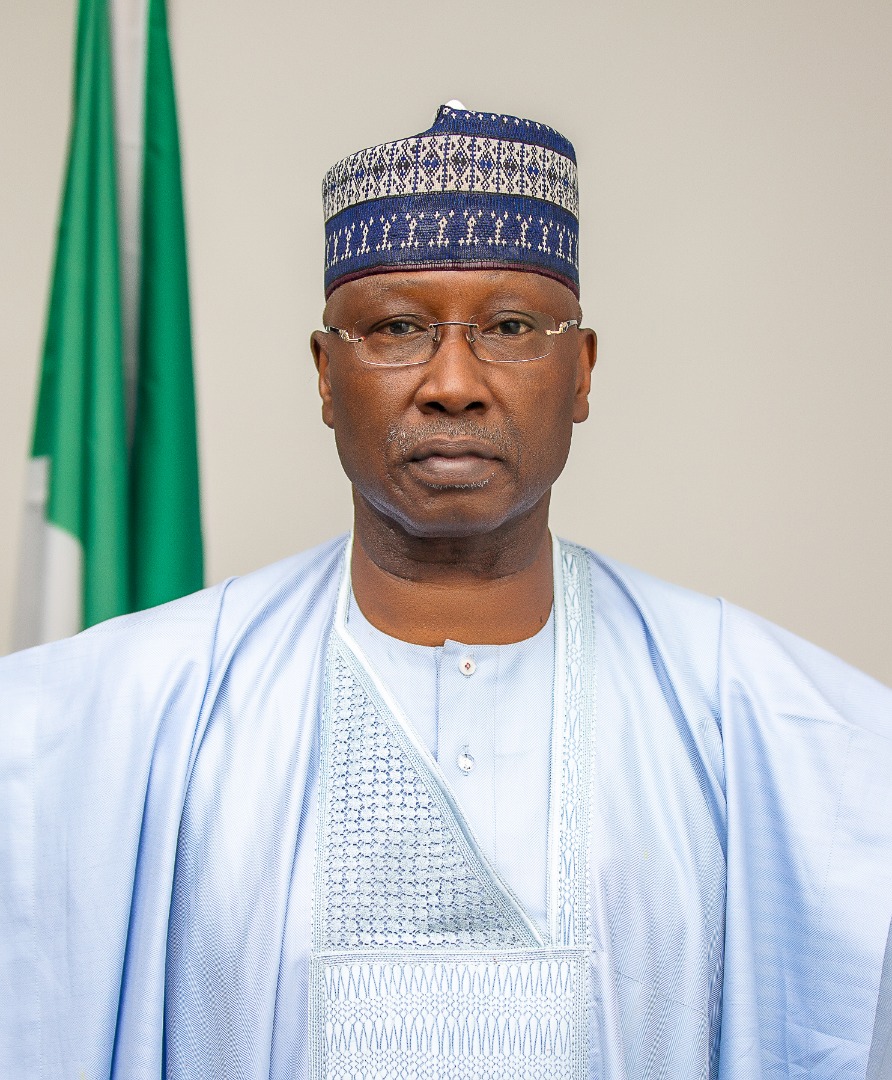 Born in Adamawa State, Mr. Mustapha attended Hong Secondary School, in Hong Adamawa state and North East College of Arts and Sciences Maiduguri Borno state, crowning it with WASC and HSC in 1976. He earned his Bachelor of Law (LL.B) from the Ahmadu Bello University, Zaria in 1979 and was called to bar in 1980. From 1980 to 1981, Mr Mustapha did the compulsory National Youth Service Corps (NYSC) – Directorate of Legal of legal Services at the Army Headquarters and was in charge of review of Court Marshall Proceedings.

After his National Service, he joined Sotesa Nigeria Limited, an Italian consultancy firm, as an Executive Director in charge of Administration, leaving in 1983 to join the prestigious law firm Messrs Onagoruwa & Co in Lagos.

With his law practice fully taken off, the SGF was appointed Principal Counsel in the firm Messrs Mustapha & Associates, His legal interests and expertise included privatization commercialization and Liberalization of Public Companies/Corporate and Government Parastatals. He was also involved in preparation of varied and miscellaneous banking documents such as Debentures, Guarantees, Mortgages, Bonds and Loan Syndications.

One of Mr. Mustapha’s career highlights was his appointment as a member of Interim Management Committee (IMC) of the defunct Petroleum (Special) Trust Fund (PTF), serving meritoriously from 2000 to 2007. At the PTF, he was responsible for production of an up-to-date comprehensive project and programme report, including location, coverage and whether performed, performing or abandoned production of final report of Assets and Liabilities, examination of the Administrative structure and cost effectiveness of PTF Projects and Services among other duties.

After his stint at the PTF in 2007, Mr. Mustapha was appointed Principal Partner of the law firm, Adroit Lex. His law practice and the burning desire to serve the larger society conspired to attract the MD into politics, at various times, he was member Federal Republic of Nigeria Constituent Assembly (1988-1989), Chairman People’s Solidarity Party-Gongola State (1989-1990), state chairman, Social Democratic Party-Gongola State (1990-1991); he was even a gubernatorial candidate for SDP in Adamawa state in 1991. He was the Deputy National Chairman of the defunct Action Congress of Nigeria from 2010 to 2013. In 2007, he again played a prominent role, serving as the Deputy Director General of the party’s Presidential campaign Organization. His services remained in high demand after the fusing of CAN joined forces with other parties to form the All Progressive Congress (APC). He was a member of NCC and Secretary APC Presidential Campaign Organization Mobilization (2015) and member, APC Transition Committee (2015). He is also a member, APC Board of Trustees.

In addition to the NBA, the SGF is a member of various professional bodies including African Bar Association (ABA), Commonwealth Lawyers Association, International Bar Association (IBA) and Human Rights Institute (HRI). But Mr. Mustapha’s accomplishments go beyond politics and the Bar; he is respected boardroom guru, having been appointed into the boards of several companies in the manufacturing financial services as well as oil and gas sectors. He is the National Vice President, Full Gospel Business Men’s Fellowship international Nigeria.