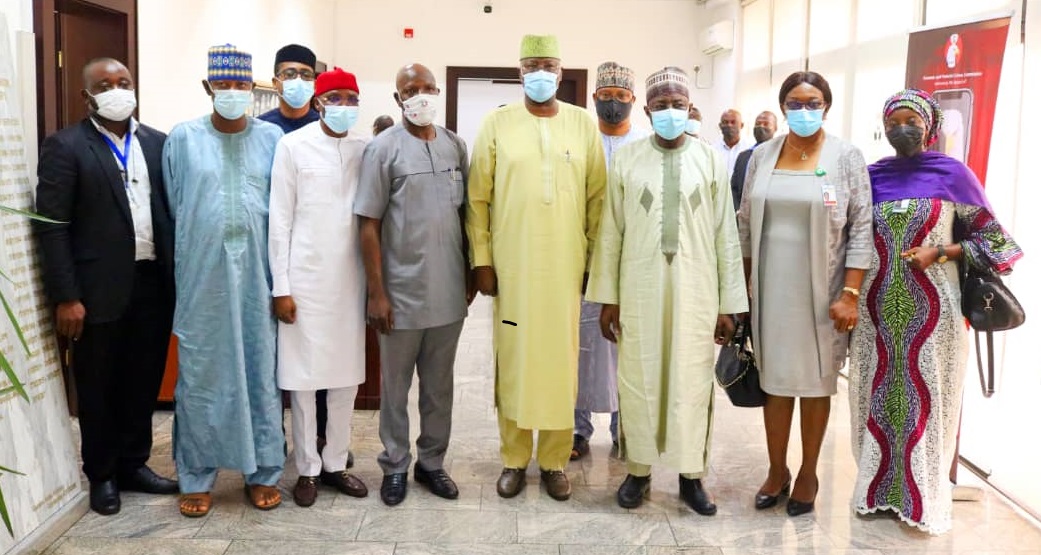 In a bid to ensure food sustainability in the country, the Federal Government has re-affirmed its commitment to revolutionize agriculture through the employment of farm mechanization in line with the economic diversification agenda of President Muhammadu Buhari.

The Secretary to the Government of the Federation, Boss Mustapha made the disclosure when the team from National Agency for Science Engineering Infrastructure (NASENI) alongside the Machine Equipment Corporation Africa (MECA) and the Nigeria Incentive-Based Risk Sharing System for Agricultural Lending (NIRSAL) led by the Executive Vice Chairman, NASENI, Prof. M.S. Haruna, paid him a courtesy visit in his office.

The SGF assured that the Federal Government would ensure steady funding of the project in order to reposition farm mechanisation in the country. In his words: “For over the years, what has happened is that institutions which came about in different settings have found themselves compelled by certain organizations that have come up now eroding some of those functions and some of those sources of resources. But I believe that we will try as much as possible to bring in available resolutions to these issues so that your steady means of funding will be guaranteed, knowing fully well that as an organization, you have a very cardinal and pivotal role to play in our quest to recovery, not only tractors, but advancing the course of innovations and technological development as a nation”.

He commended NASENI, MECA and NIRSAL for their feat in the recovery of abandoned tractors from Kebbi and Niger States which were refurbished and put into productive use. He noted that the present administration has been supportive in promoting food sufficiency in the country with different interventions through NIRSAL, a company owned by Central Bank of Nigeria (CBN), and other related agencies in pushing for the nation’s economic diversification drive. He added that through the Anchor Borrowers’ Programme and the fertilizer initiative, many farmers have been empowered and motivated to farm.

According to SGF, Nigeria’s sustainability in food sufficiency cannot be attained without embracing mechanized farming and water irrigation, saying that relying only on rain-fed agriculture will not guarantee food security due to the vagaries of weather. He assured that with the interventions from Mr. President, the nation’s agricultural sector will be on the trajectory of sustainable development in the area of food security.

Speaking earlier, the Executive Vice Chairman (EVC), National Agency for Engineering Science Infrastructure (NASENI), Engr. Prof. Mohammed Haruna said the purpose of meeting with the SGF was to solicit his intervention to explore a Special Presidential intervention to support the immediate implementation of the National Tractor Recovery and Refurbishment Project as approved by President Muhammadu Buhari. He added that they needed N10 billion for the take-off of the Phase I of the project.

He also informed the SGF that the existing NASENI-MECA Workshops located across 17 States of the Federation are to be used for the repairs and fabrication of components. He added that Nigerian Artisans, Engineers and Technicians, to be trained as part of the programme in collaboration with the Original Equipment Manufacturers (OEMs).

The National Tractor Recovery and Refurbishment Project was approved by President Muhammadu Buhari with the aim of promoting a comprehensive agricultural mechanization and agri-businesses value chain in order to transform the agricultural sector for food sufficiency. The project was to be implemented by NASENI in collaboration with NIRSAL and MECA.