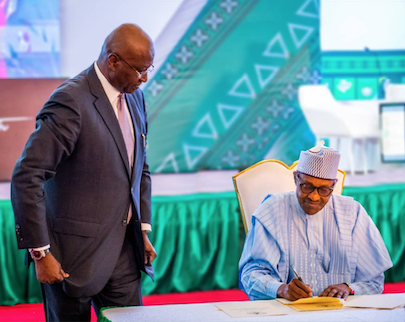 President Muhammadu Buhari has directed the Secretary to the Government of the Federation, SGF, Mr. Boss Mustapha, CFR to compile transition documents from all Ministers and Permanent Secretaries to ensure proper documentation of all the Policies, Programmes and Projects of Government and status of implementation as part of the transition process. 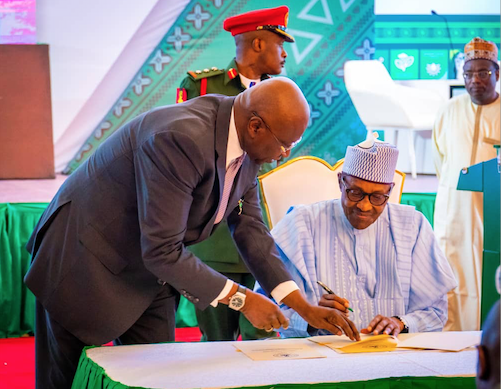 The President gave the directive while delivering his closing remarks at the end of the 2-day 3rd Ministerial Performance Review Retreat in Abuja. 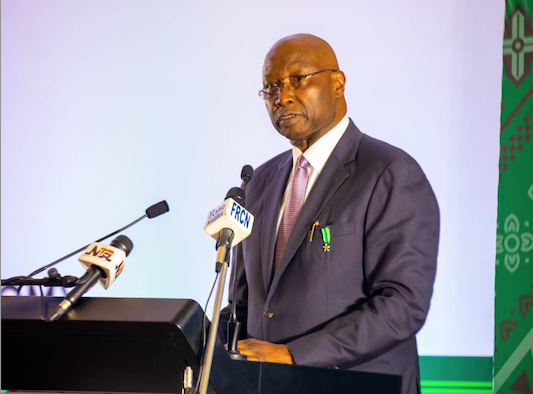 He said that the SGF should sustain the quarterly review process which would form part of the transition document:

“Let me at this juncture state that, this Retreat is not the end of our assessment process, as I have directed the Secretary to the Government of the Federation to continue with the quarterly review process and assessment for the 3rd and 4th Quarters of 2022 and the reports will form part of our transition documents.” 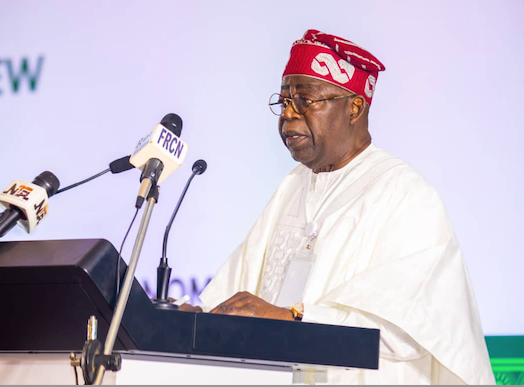 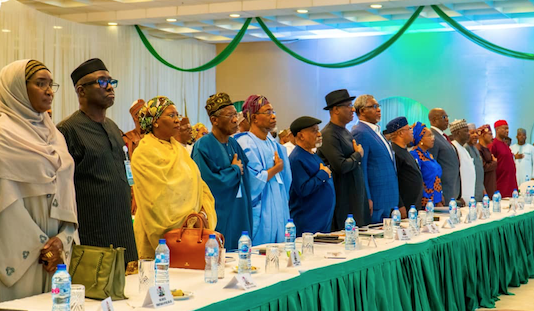 To achieve this objective, President Buhari also directed all Ministers and Permanent Secretaries to ensure that the performance reports of their Ministries are submitted on quarterly basis to the Office of the Secretary to the Government of the Federation for review by the Central Delivery Coordination Unit (CDCU), the outcome of these reviews according to him, would be made available for his consideration. 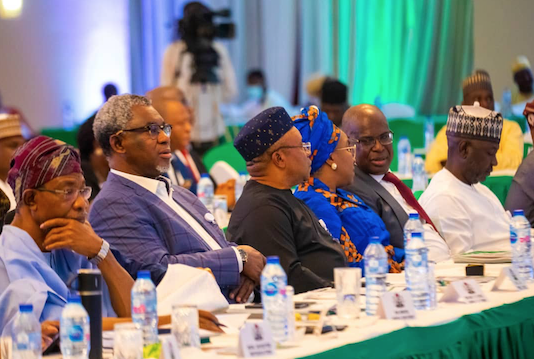 He also directed the Ministry of Humanitarian Affairs, Disaster Management and Social Development to facilitate and work with the Attorney General of the Federation in transmitting the Federal Executive Council’s approved National Social Investment Programme Establishment Bill (2022) to the National Assembly. This according to him, will ensure the sustainability of this important Programme which leaves a lasting legacy for the vulnerable Nigerians by the Administration.

He said following discussions and recommendations, the Ministry of Agriculture and Rural Development had been directed to partner with relevant stakeholders to ensure the completion of all large-scale integrated Rice Processing Mills before the end of his administration.

“This will help our country to maintain sufficiency in the local production of rice as the ban on the importation of foreign rice will be sustained,” he emphasized.

On electricity, Buhari said all hands must be on deck to ensure timely realization of the increase in electricity generation to 25,000 megawatts in six years. He said the plan on electricity generation, through the partnership between the Federal Government of Nigeria and German Siemens AG, was on course as the first batch of the transformers has arrived Nigeria already.

The president also directed the Ministry of Transportation and relevant security agencies to ensure provision of maximum security along the railway corridors. 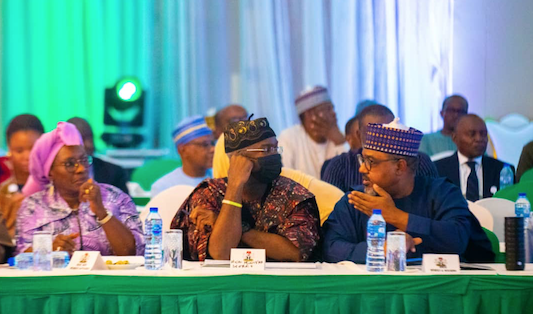 “We must ensure the safety of our rail users and strive to achieve the intended economic goals. We must at the same time ensure realizable schedules and first-class maintenance. Following the milestones recorded in the road sector, coupled with the innovative ways of funding road infrastructure, the Ministry of Works and Housing has been directed to compile a list of all completed roads, bridges and other infrastructure for commissioning before the end of this administration,” he said. 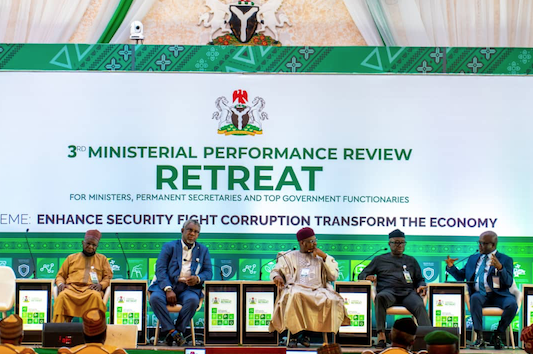 President Muhammadu Buhari also signed the Presidential Executive Order 012 on Improving Performance Management, Coordination & Implementation of Presidential Priorities of the Federal Government of Nigeria. He affirmed that the goal is to institutionalize a culture of accountability & transparency in our service delivery.

The Secretary to the Government of the Federation, Boss Mustapha while reeling out some key recommendations from panel sessions, said he is delighted with the contributions from various Ministers to address challenges and chart the way forward through the various action plans they have committed to complete the remaining projects within seven months.

He said that the President expects to see these ideas and commitments made by Honourable Ministers coming to life on the dates promised and in the submissions to Federal Executive Council (FEC).

In reinvigorating the economy to drive economic growth, he said the Federal Ministry of Finance, Budget and National Planning will drive aggressive revenue mobilization to reduce current levels of fiscal risks.

On food security, the Ministry of Agriculture and Rural Development has committed to embarking on aggressive dry season farming immediately after the wet season to sustain increased food production. He added that the Ministry will sustain the use of Agri-rangers to enhance security in the farmlands and ensure continuity in food production.

In a bid to ensure sufficiency in Petroleum Products to boost productivity, Mustapha said that the Ministry of Petroleum Resources will fastrack the full implementation of the Petroleum Industry Act for sustainable national development and the development of an Oil and Gas Policy for Nigeria.

He added that the Ministry will also expedite action in rehabilitating the existing refineries and ensuring mechanisms are in place to cushion the effects of total removal oil subsidy.

In revamping the power sector, he said the Siemens Grid and Distribution Enhancement Project aims to achieve 25,000 megawatts by 2025. Early work orders and financing structure for the deployment of transmission and distribution equipment have been completed. He added that efforts are on towards the realization of 11,000 megawatts of installed transmission capacity by 2023.

According to the SGF, the key infrastructures to be commissioned before May 2023 include the Lagos-Ibadan expressway; the 2nd Niger bridge, and the Kaduna-Kano; the commissioning of a 70,000 housing project in Zuba Abuja; the Federal Capital Territory Administration will likewise deliver major projects to connect suburban areas and make movement easier in Abuja while the Ministry of Aviation will work hard to complete the various ongoing projects listed under the Ministry of Aviation Road map.

In order to rejig the nation’s security architecture, the Office of the National Security Adviser is to work with the National Assembly to revise and review the National Security Agency Act for effective coordination of the national security apparatus and the Ministry of Interior has shown commitment to ensure the security of the over 200 border points of the country covering the land, sea and air border points. The SGF stressed the need for collaboration between the Executive and Legislative Arms of Government in the interest of the nation. He noted that the Senate President is committed to the passing of all outstanding critical bills before the end of the Administration including the National Security Act by the end of 1st quarter of 2023. The Senate President also recommended the resuscitation of the joint committee of the office of the Attorney General of the Federation and the National Assembly for consideration of Bills.

SGF assured that the Central Delivery Coordination Unit (CDCU) will support Mr President and the cabinet to track all the commitments made in these sessions, keep them constantly in view, and report on the progress before the end of the administration's tenure.