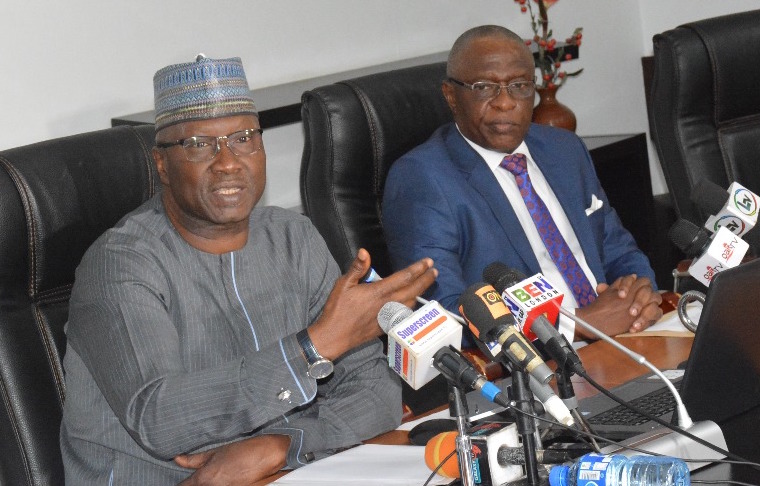 The Secretary to the Government of the Federation, Boss Mustapha on Monday 21st May 2018 officially launched the redesigned and upgraded OSGF website, https://www.osgf.gov.ng/ with a charge to web managers of Government websites to ensure that the contents are continually updated and kept up to date.

He reiterated the commitment of the Federal Government to the full operation of the Freedom of Information Act to engender transparency, openness, engagement, and popular participation of the citizens in the governance process.

He emphasised that a major achievement in the redesign project was the introduction of the e-Participation platform for citizen’s participation and engagement in governance, which has been integrated with the website. The portal will allow citizens carry out the following:

He stated that the new website was in keeping with the need to lead Ministries Departments and Agencies’(MDAs) compliance with the dictates of Executive Order 001 on the Ease of doing Business, particularly relating to the directive for MDAs to host a functional website. He stressed that the functions and responsibilities of the Office of the Secretary to the Government of the Federation made it imperative for it to have a functional website that would deliver information about the structure, policy thrust and activities of the administration on a daily basis.

He stated that In line with NITDA’s Act 2007 and Local Content Guidelines as well as Federal Government’s Executive Orders 003 and 005, the OSGF has obtained a Clearance Certificate from the Agency for the project.

He disclosed that arrangements were being concluded to train nodal officers from MDAs who will manage the portal, while the OSGF will serve as the Coordination Center. Major highlights of the upgraded OSGF website include the following: i. Home Page; ii. About Us; iii. Offices; iv. Agencies; v. News & Media; vi. Resources; and vii. Contact Us.

He recalled that the old OSGF website did not reflect the status of the OSGF and was characterized with the following limitations: The technology upon which the website was developed was old, hence limited features; Limited security features which made the website prone to hackers; Media files such as video clips were hosted on external server which is contrary to Government policies; the website did not comply with the standards of operationalization of Executive Order 001; There was the need to train and retrain staff in this area, and there was also the need for acquisition and installation of computer hardware for the office.

He commended the Permanent Secretaries for actively participating to ensure that their Offices’ contents were properly captured. He noted that all Offices were actively engaged in the process leading to the upgrade by their membership of the Web Content Providers Committee. He added that the upgraded website has numerous resources that are available to the public for their consumption and the OSGF will not hesitate to publish any material that would assist the public and improve governance.