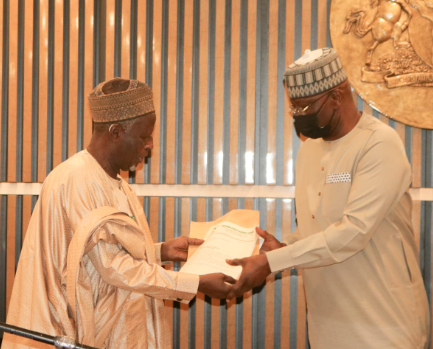 The Federal Government is set to assist Federal Teaching Hospitals to procure Cancer Diagnostic Devices (CDD) across the six geo-political zones as part of its intervention in the healthcare sector delivery system to alleviate the plight of cancer patients in the country.

The Secretary to the Government of the Federation, Boss Mustapha, made the disclosure while receiving in audience the Katsina State Elders’ Forum led by its Chairman, Senator Abba Sani, in his office.

SGF assured Nigerians that the Federal Government is not resting its oars in ensuring the timely procurement and deployment of the cancer equipment across the nation. In his words:

“I want to assure you that government will do everything possible to ensure that these contracts which were meant to provide cancer equipments in different parts of this country: six of them in one lot are expeditiously dealt with and procured for the benefit and for the good of our people”.

He noted that the scourge of cancer has been ravaging many Nigerians, especially in the northern part of Nigeria where many have no access to cancer diagnostic devices. He also attributed poverty as one of the multiplying effects of cancer on cancer patients and their relations.

Having thanked them for their continued support to President Muhammadu Buhari’s administration, he assured them that he would made contacts with the institutions and persons concern to expedite the process for the procurement of the cancer diagnostic devices in time. In his words: “And like I said, I would in my own capacity as a Secretary to Council to ensure that the needful is done so that papers with regard to the six contracts for which a procurement ought to have been concluded, are concluded expeditiously in record time to ensure that we do not have the resources that have already been budgeted and have been released to the institutions revert back to the national treasury.”

Speaking earlier, the Chairman of Katsina State Elders Forum, Senator Abba Ali, thanked the SGF for his untiring support to President Muhammadu Buhari in the coordination of government’s policies and programmes.

Senator Abba said that the purpose of their visit to SGF was to seek the support of the Federal Government to facilitate the release of funds approved for the Federal Teaching Hospital Katsina to procure Radiotherapy/ Oncology equipment for the treatment of cancer.

He presented a report of research carried out by histopathology to SGF depicting the prevalence of cancer in Katsina State, with its epicenter at Daura zone. He added that the appalling report was a picture of the plight of their people, which underpinned their visit to seek for Federal Government’s intervention to fast track the release of the funds to enable the Teaching Hospital utilize to assuage the plight of their people.