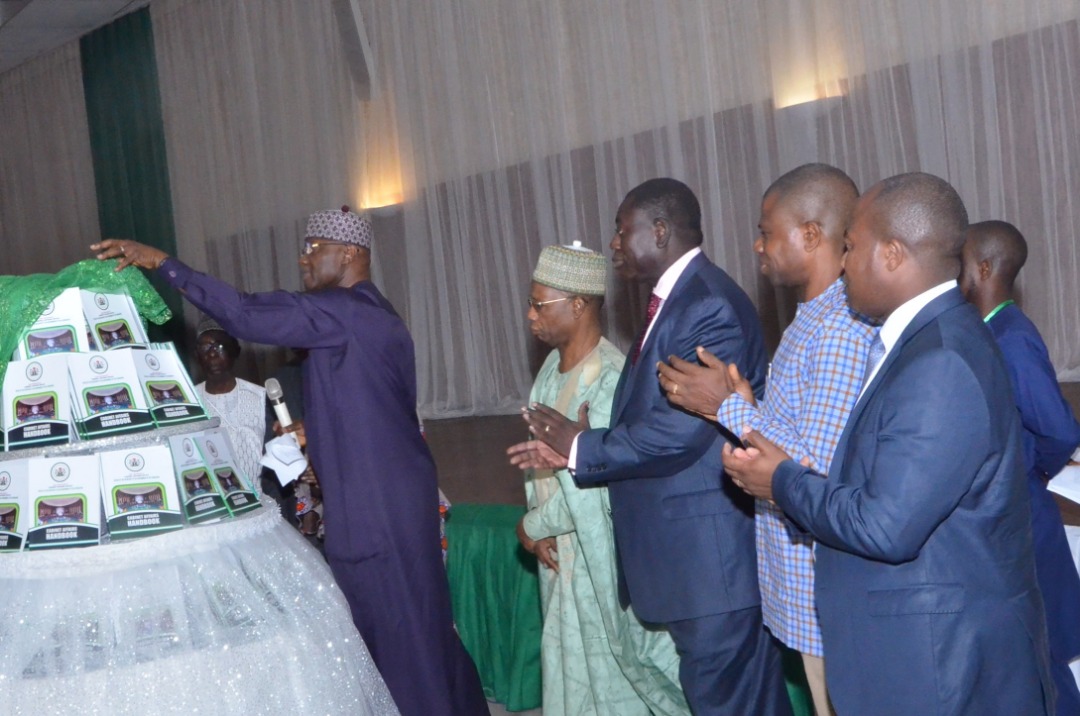 The Secretary to the Government of the Federation, Boss Mustapha, has called on the officers in Cabinet Affairs Offices at different levels of Government to synergize through collaborative efforts to reposition the offices for enhanced service delivery. He stated this at the Maiden Meeting of Heads/Permanent Secretaries of Cabinet Affairs at the Federal and State levels, at the State House Banquet Hall, Abuja.

The SGF said “the key objective of the meeting is to prepare us for building synergy among various levels of Government in policymaking and tracking of the implementation of the budgets (Projects/Programmes) and the Economic Recovery and Growth Plan (ERGP)”. He maintained that the Cabinet Affairs Office remains an indispensable tool for actualizing the key policy coordination mandate of the Office of the Secretary to the Government of the Federation and that of Secretaries to State Government. Therefore, the meeting is a veritable ground which enables them to agree on an effective framework for building the capacity of the CAOs across the federation.

Mustapha, while speaking on the theme of the Meeting which is “Repositioning the Cabinet Affairs Offices for Effective Service Delivery”, went down memory lane and explained how CAO evolved in Nigeria and the phenomenal changes it undergone in history, and where it is today at different levels. He stressed that the Cabinet Affairs Office which is located in his Office, provides technical assistance to the Meetings of Federal Executive Council, Council of State and Police Council respectively.

The SGF observed that experience of global government practices shows that as nations continue to face budgetary constraints, policymakers are looking for ways to make government more responsive to the aspirations of the citizenry.

In view of this, he believed that the programme will afford the participants to move the country forward to the next level through positive collaboration in performing shared roles and robust engagement amongst the Heads \Permanent Secretaries of Cabinet Affairs Office of the Federation on how to reposition the CAOs, for effective policy coordination and to develop systems on how to measure performance.

He further called on the participants to strive towards strengthening policy management capability across all levels of government. As part of the meeting, the SGF finally presented a 1042-page Status Report on the Policies, Programmes and Project approved by the Federal Executive Council from 2015 to 2017, and equally launched a Cabinet Affairs Handbook that will serve as a guide to Ministries in preparing Council documents.

Three Permanent Secretaries who served in the CAO (OSGF), were also given awards of excellence for their rare feats while in office. The awardees are: Ambassador John A. Gana, Dr. Roy Pedro Ugo, FCIPM and Barr. Georgina Ekeoma Ehuriah, MON.

Speaking earlier in the same vein, the Permanent Secretary, Cabinet Affairs Office (OSGF), Babatunde Lawal said “the Meeting is to discuss on a veritable framework for strengthening the capacity of the CAOs in executing their core mandate, including the tracking of Council decisions\approvals in our respective Offices for enhanced development of the nation”.

He therefore admonished his colleagues at the state level to help to drive coherence, quality and delivery of policy and executive operations across MDAs of government. He averred that CAOs occupy prime position to government as it concerns service delivery because they have the critical responsibility of ensuring that policymaking and delivery is rigorous and effectively tracked.

The Meeting offered opportunity to the Heads/ Permanent Secretaries from the different geo-political zones to compare notes and share their experiences for better performances.