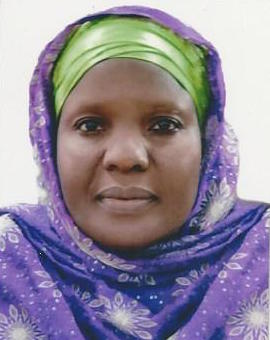 Dr. Habiba attended the Gyamzo Primary School, Toro from 1970 -1976 for her First School Leaving Certificate. She then proceeded to the Federal Government College Kaduna, where she came out with Grade I in the West African School Certificate from 1976 – 1981; while there, she won the Isa Kaita Service Award as House Prefect. She thereafter enrolled at the Ahmadu Bello University Zaria from 1982 to 1986 for B.Sc. Chemistry; there, she won the Nigerian Tobacco Company Prize for the Best Year II Student 1984/1985, the Imperial Chemical Industries Prize for the Best Graduating Student in Chemistry (Second Class Upper) and the Imperial Chemical Industries Prize for the Best Graduating Project 1985/1986.

An exceedingly intelligent woman, a professional, an erudite scholar, gender advocate and administrator started her working career in 1987 as a Graduate Assistant at the Abubakar Tafawa Balewa University where she rose to the position of Senior Lecturer in 1999. While in the University, she held various academic responsibilities such as Member of University Senate, Departmental Exam Officer, Project/Records Officer and Post Graduate Officer. While serving in the University in 1998, she was appointed Commissioner for Commerce, Industry and Tourism by the Bauchi State Government.

In 2001, Dr. Habiba went on secondment from ATBU to the National Centre for Women Development, Abuja as Director Planning Research and Statistics, a Parastatal under the Federal Ministry of Women Affairs. Dr. Habiba joined the Federal Ministry of Women Affairs, where she headed the Women Affairs Department, in August, 2005. She initiated and facilitated the development of the National Gender Policy and its Implementation Framework. She had a stint at the Federal Ministry of Science and Technology before moving to the Office of the Senior Special Assistant to Mr. President on the Millennium Development Goals (OSSAP – MDGs) in 2008 where she was responsible for tracking MDGs Sectoral and DRG Funded Ministries, Department and Agencies.

Due to her drive to achieve excellence, Dr. Habiba was appointed by the then Head of the Civil Service of the Federation in 2009 to head/facilitate the Public Sector Capacity Building Programme (training of officers in the Federal Civil Service) funded under the Debt Relief Gains of the MDGs,

The hardworking, diligent, resourceful and focused professional was promoted as Director, Training and Development, in the Manpower Development Office of the Office of the Head of the Civil Service of the Federation in 2010.

Dr. Habiba is a mother, wife, a seasoned administrator, a philanthropist, a woman of substance, a mentor to many. While in the academia she was actively involved in community development as a Member of the National Association of University Women and Federation of Muslim Women Association of Nigeria.

She is happily married and blessed with 5 Children and six grand children.